Reimbursed for children in France but not in Canada.

Diabetes is not the business of a country or a province, but of humanity.

It is unacceptable that, depending on his origin, a diabetic child does not have the same rights.

Although I am French, I am also interested in the plight of diabetic children in Canada and especially our Francophone cousins in Quebec and Ontario.

These two provinces have authorized the reimbursement of Freestyle Libre for adults and not for children.

It reminded me of the situation in France a few years ago when we were in the same context.

We fought and I was on the front line with my diabetic recipes site with associations and parents.

(of course, I focus on the fate of ALL countries... but it can go faster in countries that claim to be developed!

Today in France, free freestyle is reimbursed for our children from 4 years old (even if in some cases children under 3 years old parents use it with aids).

This was a real step forward that allowed us to better manage our children's diabetes - both at home and abroad thanks to technological advances (scan with mobile, remote monitoring...).

All around the world knows, a good follow-up leads to a good mastery!

In France free freestyle is refunded since June 1st 2017

Other self-monitoring systems are also concerned, but in my opinion the FSL remains the most advanced for the moment.

Chronological reminder of the steps to reimburse freestyle free in France:

In France, however, a country of equality and a model for the care of the sick, Le Freestyle Libre is not covered by social security.

We thought that with the green light from the health authorities for paediatric use from four years, this reimbursement was either... just like traditional blood glucose readers and their strips, but that's not the case.

We will have to wait a bit because it seems that the manufacturer must provide additional clinical results in order to be able to file a case for this refund... Based on our sources in the second half of 2016.

Marisol Touraine, French Minister of Social Affairs and Health, particularly in her bill of “modernization of the health system”, will have to be a priority for the end of the sting at the fingertips of children and adults with diabetes.

With the support of healthcare professional and patient associations, Abbott is hoping that this will come to fruition in the near future.

Many petitions have already been made...

The latest, worn by a mom is still in progress: HERE

With a monthly cost of 120€(and 60 for the reader), this innovation is not within the reach of all scholarships.

With my wife, we still made this effort for our little diabetic Louloute.

It has been a week since she has been equipped with Freestyle Libre and is happy to stop sting her fingers sometimes up to 10 times a day.

Beyond comfort, freestyle allows children to better accept their diabetes.

Positive side for the state... it saves in lancets, strips, punching pens and classic readers that are no longer used by freestyle users. (and fewer collectors)

HAS Haute Autorité de Santé gives a positive opinion for inclusion in the list of products and benefits provided for in Article L.165-1 of the Social Security Code.

But it's not refunded yet... it's just a review, so keep on reacting and sharing!

Freestyle Libre is reimbursed in Belgium from July 1st for Type 1 diabetics and a reduced price for Type 2 diabetics.

Still no Refund News. An arm of wrestling takes place between Abbott Laboratories that produces the FreestyleLibre and the state that is trying to negotiate the price! (source: Les Echos)

Meanwhile the state is ready to repay millions of Euros for the reimbursement of election campaigns!

My 13-year-old daughter wears Freestyle Libre - It costs us almost 120 Euros not refunded every month - meanwhile she no longer uses strips and lancets, she no longer stings 8 times a day... So it helps to bail out the security hole!

Social security has only one small gesture to make and in many cases it practically does not get hands on the Pocket, since it is mutual societies that complete!

Yet an insulin diabetic is ALD...

The Minister of Social Affairs and Health, Mrs Marisol Touraine has finally approved her reimbursement.

Associations (AJD, FFD...) have risen to the niche by multiplying awareness campaigns and studies to prove that free freestyle brings real comfort to diabetics and contributes to the proper management of their blood sugar levels. We also have as well as many sites and blogs strongly reacts so that the free Freestyle is refunded.

The French Diabetes Federation has just released the information: The Minister has announced her refund and a press release is being circulated by the Abbott laboratory.

Although it may seem strange that on the eve of a presidential election this decision is made... Hopefully the future government will follow this initiative.

We look forward to all diabetics who, as soon as it is effective in the coming weeks, will be able to benefit from all the benefits of the Freestyle Libre finally reimbursed.

But we must not turn a blind eye to other devices which may not be affected by this decision.

New solutions to make life easier for diabetics are being studied or tested in many laboratories and even at Google and Apple.

Details and modalities of implementation are now awaiting: who will be the beneficiaries? Type 1, Type 2, DID... to follow!

Repayment implementation is expected to begin in June 2017

You can consult the order of 4 May 2017 online at: Legifrance

What is the main thrust of the document:

For type 1 or 2 diabetics over 4 years of age treated with intensified insulin therapy (under external pump or ≥ 3 injections per day) and taking more than 2 capillary blood glucose measurements per day.

The drive is guaranteed 4 years, the sensor is guaranteed 14 days. In case of failure, the replacement will be made in 3 working days

No 24-hour penalty is required in the event of a system failure.

The full article about: legifrance

- A sensor that is placed on the upper arm that measures glucose levels day and night for 14 days.

- A reader that allows to “scan” the sensor and get its rate.

- In one scan, the glucose levels of the last eight hours...

The flash interstitial glucose self-monitoring system FREESTYLE LIBRE is registered in the LPP and is eligible for reimbursement since June 1, 2017.

Since its reimbursement, despite the issuance of prescriptions, the reader and its sensors remain difficult to find in pharmacies in France.

Many patients and parents of diabetic children, with a prescription, are still obliged to order at their own expense the necessary blood glucose sensors on the Abbott site, despite the announcement by the former government for reimbursement (reminder: if you order on the site, you are not reimbursed).

Numerous testimonies indicate that diabetics cannot find the equipment in their pharmacy.

Either because pharmacies have been too scarce, or not at all!

Lack of anticipation or information, in any case many diabetics who have a prescription on hand since June 1 are forced to return to the old system.

I'm the first witness but a little more lucky than others because I had to go 30 KM to find sensors in a pharmacy... and they were the last!

Consider taking the lead with your pharmacist by ordering or reserving your set of 2 sensors in advance!

Why not a subscription system or like Health Providers for Insulin Pump, a personalized follow-up so you don't run out of Sensor?

no training, no reimbursement.

In France, a 2-speed medicine!

Ordinances have been issued since June in France, but in addition to the problem of availability, the Ministry of Health has made it a condition that training is compulsory in order to be able to benefit from them beyond 3 months.

Except, the holidays are there, the training needs to be scheduled and you are subject to it even if you have been using the FSL for more than a year!

Depending on the dates of these courses, depending on the regions, it is most likely that you will have to pay for your FSL sensor again if you are not trained on time.

Depending on hospitals and regions, this rule is not applied in the same way:

In France, medicine is at 2 speeds.

A diabetic or his parents in the Parisian Region may not have to do training while a diabetic Stéphane does!

Finding from the comments of social networks between a diabetic child from the hospital of Dourdan in Essonne (91) and another from the CHU of Saint Etienne: the first one receives a one-year prescription, the other for 3 months!

In my case, for my diabetic daughter, the diabetologist has indicated that the first 3 month prescription will only be renewed if we undergo training.

He chose to apply this rule to everyone because the use of the software to transmit the data to him may not be done securely if he is not mastered.

By the way, little Reminder: not all other self-monitoring devices are reimbursed and children under the age of 4 do not benefit from them.

A petition can be found at http://www.ajd-diabete.fr/poursuivons-mobilisation-remboursement-capteurs/

Many pharmacies in France are in shortages of sensors FreestyleLibre

While on the Abbott website they are still on sale!!!

If production doesn't meet the needs, it's normal that you can't distribute sensors to all pharmacies, because some do not sell them.

But why isn't there an adaptation? Not all pharmacies have the same number of patients with Freestyle Libre?

From what I understand, pharmacists can place orders directly? why don't they do it?

In short, you can get them by ordering them directly from Abbott but not from pharmacy?

Freestyle Libre has really proven itself in helping to manage diabetes in our diabetic children.

Abbott is more in control of its distribution but still has to deal with different laws depending on the country.

The Freestyle Libre 2 is pointing its nose, but here too, not all countries are concerned!

The race for innovation has been launched and it will go very quickly in the years to come. 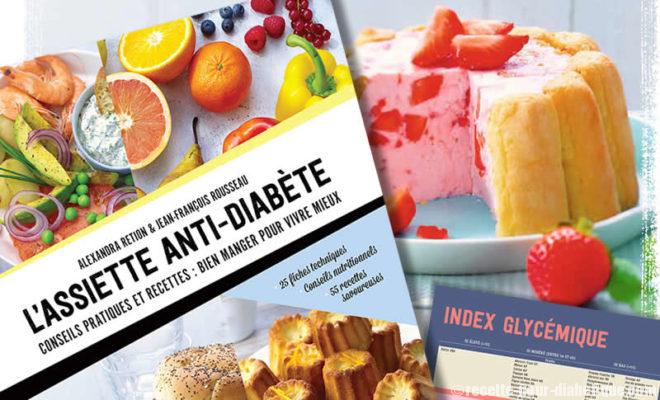